The History Of Life Insurance And Viatical Settlements 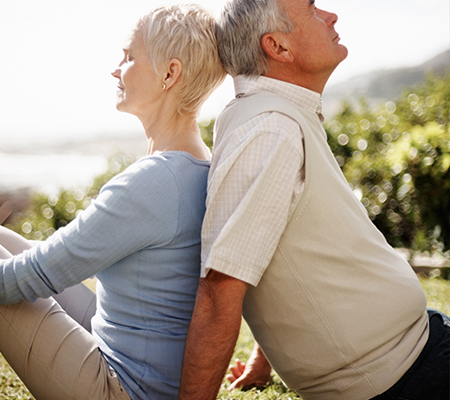 A viatical settlement (from the Latin “viaticum”) is the sale of a policy owner’s existing life insurance policy to a third party for more than its cash surrender value, but less than its net death benefit. Such a sale provides the policy owner with a lump sum of cash that they can use how they please. The third party becomes the new owner of the policy, is responsible for paying the monthly premiums, and receives the full benefit of the policy when the insured dies.

“Viatical settlement” typically is the term used for an insurance settlement involving an insured individual who is terminally or chronically ill. A person generally is chronically ill if the person is unable to perform at least two activities of daily living — such as eating, using the toilet, or bathing and/or dressing oneself — requires substantial supervision to protect himself or herself from threats to health and safety due to severe cognitive impairment, or has a level of disability similar to that described in as determined by the U.S. Secretary of Health and Human Services. A person generally is terminally ill if the person has an illness or sickness that can reasonably be expected to result in death within two years.

As medical advancements improved the lives of those individuals living with terminal or chronic illnesses, the life settlement industry emerged.

The History Of Both Life & Viatical Settlements

Viatical settlements grew in popularity in the United States in the late 1980s, when the AIDS epidemic peaked. The early victims of AIDS in the U.S. were largely gay men, typically relatively young and without wives or children (the traditional beneficiaries under a life insurance policy), but often covered by life insurance through employment or as a result of investments. The beneficiaries under the policies were often their parents who did not need the money. The option of viatical settlements offered a way to extract value from the policy while the policy owner was still alive.

At the time, the AIDS mortality rate was very high, and life expectancy after diagnosis was typically short. Investors were reasonably sure that they would collect in a relatively short time. This combination of events caused a surge in viatical settlements as both investors and viators saw an opportunity for mutual benefit.

A U.S. Supreme Court decision from 1911 provides the legal basis for viatical settlements. In Grigsby v. Russell, 222 U.S. 149 (1911), Dr. A. H. Grigsby treated a patient named John C. Burchard. Mr. Burchard, being in need of a particular surgical operation, offered to sell Dr. Grigsby his life insurance policy in return for $100 and for agreeing to pay the remaining premiums. Dr. Grigsby agreed and as a result, the first viatical settlement transaction was created. When Mr. Burchard died, Dr. Grigsby attempted to collect the benefits. An executor of Burchard’s estate challenged Dr. Grigsby in Appeals Court and won. The case eventually reached the U.S. Supreme Court where Justice Oliver Wendell Holmes Jr. delivered the opinion of the court. He stated in relevant part that, “So far as reasonable safety permits, it is desirable to give to life policies the ordinary characteristics of property. To deny the right to sell except to persons having such an interest is to diminish appreciably the value of the contract in the owner’s hands.”

Early improper activities among a few bad actors produced a fear among consumers regarding viatical settlements. Life insurers became concerned about individuals purchasing policies purely for speculative purposes. Today, many states regulate viatical and life insurance settlements and many more are developing legislation and regulations. As of June 2011, the states that do not regulate viatical settlements are Wyoming, South Dakota, Missouri, Alabama, and South Carolina. All other states do regulate.